The TADSAW, INC. mission is to provide for the training of a Medical Alert Service Dog, as designated by the Americans with Disabilities Act (ADA) of 1990/2010 guidelines, for any wounded Veteran Service Member (Active Duty. Retired, Discharged) surviving with Military Induced Anxiety Depression Syndrome (MIADS), Post Traumatic Stress Disorder (PTSD), Military Sexual Trauma (MST) and/or Traumatic Brain Injury (TBI), in order to restore and improve the Veteran’s Quality of Life with a canine ‘Battle Buddy’, at NO CHARGE  to the Veteran or the family. 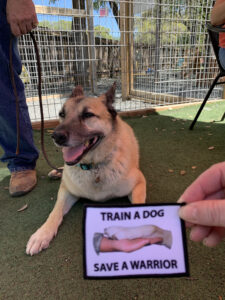 Today November 27th 2021, The COLONEL crossed ‘the Rainbow Bridge’ to join with “Kelsy’ another TADSAW Therapy Dog. Together Kelsy and The Colonel brought joy to many at different facilities and at the Brooke Army Medical Center Radiation Oncology office.
COLONEL served TADSAW INC as the Ambassador of the Train a Dog – Save a Warrior program, showing all that a disability did not mean INABILITY!!
Three-legged and with a huge smile – he greeted one and all, young and old, enlisted and officers – even a 3-Star kneeled down to have a photo taken!!
The COLONEL inspired Veterans to have a Service Dog, and over 1200++ Teams are part of his legacy to mankind.
The COLONEL can rest peacefully knowing his work continues as new Service Dog Teams become accredited, even the newest one in The Netherlands.
He was my partner for 11+ years, joining TADSAW in August 2011.
The COLONEL will be greatly missed by everyone, including Sarge & Chief – part of the home team pack.
Luv ya COLONEL…..
If you want to make a Donation In Memory of THE COLONEL – to support the training of Medical Alert Service Dog Teams – it would be greatly appreciated.

As of January 3rd 2022, TADSAW has accredited

Supporting the Veteran is not just a ‘once a year event’ …..
it is an everyday struggle of survival in order to PREVAIL!!

Check Out “Our Donors 2021” and their building blocks!
Be part of Making a Difference and an IMPACT!! (Click on Donate Dropdown)

TADSAW is the leader of Service Dog Providers in the area of Diversity, striving to mirror the demographics of Our Military and Veteran population with disabilities. TADSAW Statistics thru December 31st  2021:

Saturday, January 22nd 2022
A Monthly Tradition since 2013
Day of Remembrance for Our Veterans who are no longer with us.
Check on those Veterans who might be in a “BADD” place!

“The only thing harder than getting a new idea into the military mind is to get an old one out.“
B.H. Liddell Hart

“Do not get lost in a sea of despair. Be hopeful, be optimistic.
Our struggle is not the struggle of a day, a week, a month, or a year, it is the struggle of a lifetime. Never, ever be afraid to make some noise and get in Good trouble, Necessary trouble.”
Congressman John R. Lewis
June 2018 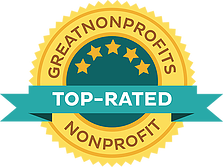