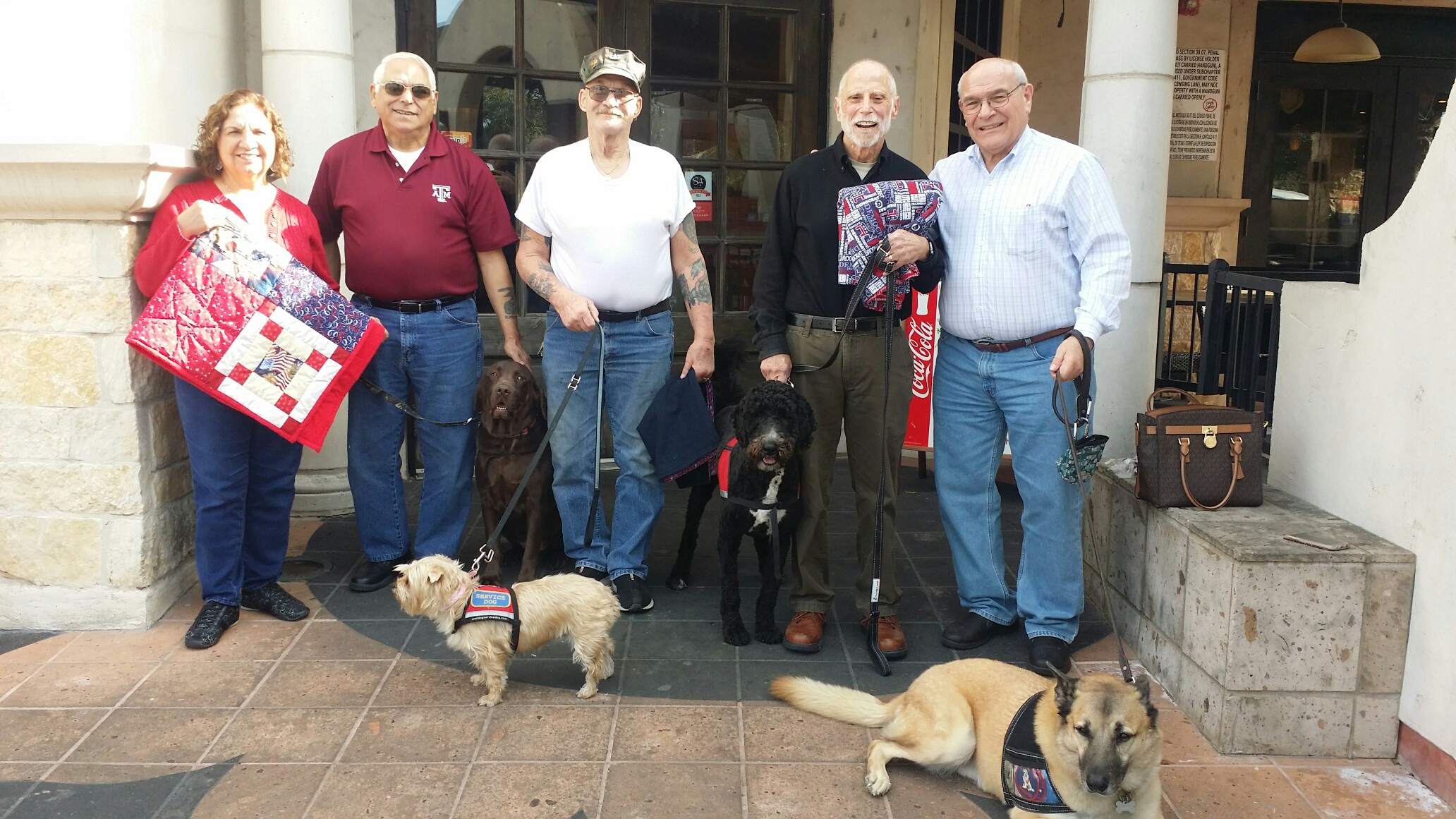 On the 50th Anniversary of the historic Battle of Khe Sanh, Vietnam, which began on January 21st 1968, TADSAW INC paid tribute to all of the American Troops involved when the TADSAW Public Access Temperament Test (PATT) was given  on Tuesday January 24th to Two Vietnam Veterans, One Marine and One Army, by their Dog Trainer, also a Vietnam Veteran Marine.

Pictured From Left to right are today’s newest  ‘GRADUATES’

TADSAW INC is honored and privileged to be able to assist the Vietnam Veterans on their journey to return home after all of these difficult years.